BRACIA is a Polish rock band founded in 2001 by brothers Wojciech Cugowskiego and Peter Cugowskiego. History of the band began in Lublin in 1997. Then the brothers Peter Cugowski and Wojtek Cugowski decided to first acoustic performance together. In 2001, the band was joined by Krzysztof Nowak (bass) and Konrad Zielinski (drums), which soon replaced by Robert Markiewicz. The first breakthrough in the band’s career was winning the award in the category debut, the National Festival of Polish Song – Ogre KFPP 2002 winning song Fri “I’m different” by Romuald Lipko and Andrew Mogielnickiego became a hit, played for a long time at concerts Brothers. In 2003, the song “Missing Every Moment” Brothers Cugowscy took part in the National Preliminaries to the Eurovision Song Contest. The band has already played a different composition. Bartek bass Rabbit – known as barteq with Sister Hazel, keyboards Tom Bidiuk, known and respected sideman from Lublin. In 2004, Bart was replaced on bass Tom Dove – respected session musician, working previously with Magda Femme, Black and blacks, and Mark Raduli, and sat down behind the drums Krzysztof Patocki – playing so far with Kasia Kowalska. Soon, the band was joined by a second guitarist – Sebastian Piekarek, including cooperation Also with Kasia Kowalska. At the end of the year, Peter and Wojtek Cugowscy took part in the reality show Fri VIP bar. During the program left the band Tom Bidiuk. Since that time, the musicians worked without a keyboard. Even during the program started promoting the first single Fri “Grey Face”, which promotes the author’s first album. Upon completion of the share of the brothers in the program name was shortened to “Brothers”. Also created the first video. The premiere debut album “Fobrock” was held on 11 July 2005. Preceded her mini album “Children All Stars” and singles aforementioned “Grey Face” (song won the title of “X Rock movie of the Decade” in 2010), “Nothing More” and the song “Missing Every Moment” [citation needed]. In 2005, the band Brothers was awarded in the category “Discovery of the Year” poll musical golden bows. At the beginning of April 2006, she published a special edition of the album “Fobrock” in two versions: single and double CD, which contains material from texts in English. The album was nominated for Music Frederick (2006) in the category – “plate rock / metal”. The team also received a nomination for Superjedynka 2006, the National Festival of Polish Song – KFPP Ogre in the category of “rock”. In early 2007, he left Sebastian Piekarek. During the festival TOPtrendy 2007 for the song “Again” the band received awards in all four categories: “Main Prize”, “Award of Internet”, “Journalists Award” and “Award of the City of Sopot”. In 2007, the artists also won the award in the poll Man Big Caliber in the category Music. At the end of 2008 was released the second album “Tribute to Queen”. Album, released by Agora, contained 12 covers of the greatest hits of Queen, and the Polish version of “You do not fool me.” In 2009, the published single “Behind the glass” (February 2009) and “Why” heralding a new album Brothers. At the time of recording the album, the brothers worked Michal Grymuza, but even before the release, in October 2009, replaced by Jaroslaw Chilkiewicz. Wojciech Cugowski, 2008 The album “Remember” was released on December 14, 2009. The album came as a bonus track, “Again”, which, like the song “Remember” was the result of collaboration between the team (January 2007.) With American producers Matt Noble and Keith Brown. Plate won the best-seller online store empik.com. The poll Antyradio album won second place in the category “Album of rock 2009″. In 2009 the band Brothers was nominated for music award Fryderyk in the category “Group of the Year”, and Peter Cugowski nomination in the category “Singer of the Year” [citation needed]. 2012 years has brought many changes, especially the new management we Brothers team was firm Rock House Entertainment [citation needed]. There were also changes in the composition of the team – Christopher Patockiego drums replaced Bartek Pawlus. In 2012, he released the single “Over the abyss”, and the beginning of another 2013 years – “I believe in a better world”, promising fourth album which will be released in mid-May 2013. BRACIA                                   have a proven foreign performances. In 2008, the band played at Wembley Arena in the UK during the event PKO BP London Live 2008 – Polish Music Festival. In November 2012 the band toured the United States and Canada. Musicians performed in Chicago, Troy, New York and Toronto. In Poland, the band supported international artists such as Whitesnake (2008) and Molly Hatchet (2010). In May 2013 BROTHERS also occur alongside legendary Wishbone Ash. Brothers Peter and Wojtek Cugowscy, often collaborated with musicians world-class. In 2002, he starred alongside Peter Garou, in 2005, Peter and Wojtek played with Tommy aldrig (then drummer Whitesnake) during the festival in Opole drum, and in 2011 Peter performed together with Jon Lord (Deep Purple) “Salvation Song” by Czeslaw Niemen during a concert dedicated to the victims of the Smolensk disaster. 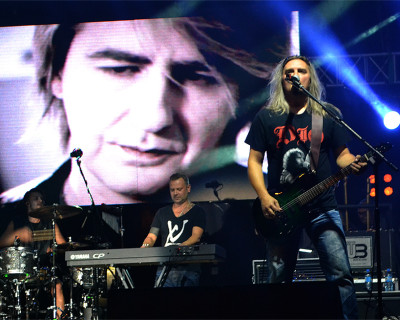 BRACIA is a Polish rock band founded in 2001 by… 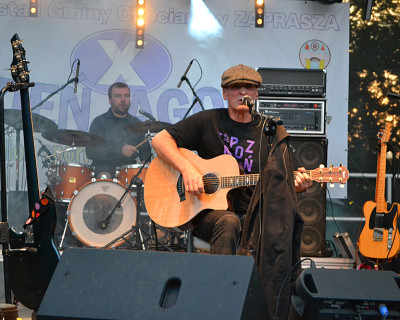